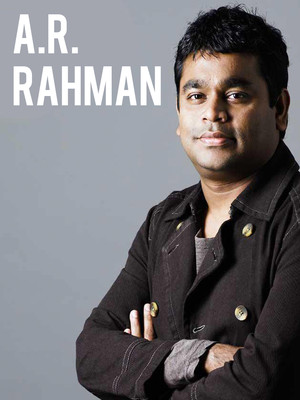 ...his genius lies in tying many forms of music together to make a sound that is at once familiar and new.

One of the world's greatest modern composers

Awarded the accolade of the world's most prominent and prolific film composer by Time Magazine, critically acclaimed composer, musician and producer A.R. Rahman has been shaping the face of modern Indian cinematic music and its international integration since he wrote the score for his first film in 1992. Since then he has garnered two Academy Awards, two Grammies, a Bafta and a Golden Globe for his astounding body of work that includes the soundtrack for Danny Boyle's 2008 smash hit Slumdog Millionaire.

Often referred to as 'Motzart of Madras', the Chennai-born maestro now heads out on a special event which will feature a range of songs and scores from throughout his stellar career. Rahman's talent lies in blending the Eastern classical tradition with an exciting modern flavour and a deep understanding of the nuances of moods and emotions. When this heady mix is brought to stage it's truly magnificent to behold.

The grand venue was only surpassed by the artist on centerstage - A R Rahman.... more

Sound good to you? Share this page on social media and let your friends know about A.R. Rahman at Frank Erwin Center.