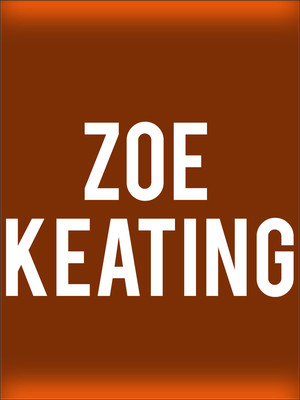 She uses a cello and a foot-controlled laptop to record layer upon layer of cello, creating intricate, haunting and compelling music.

Zoe Keating is used to dazzling audiences with her one-woman music performance. The cellist and composer is able to fill up a room with beautiful music with only her self and the instruments she plays. Zoe will head on a six-date tour this April, kicking off at Chicago's Thalia Hall.

The musician is known for fusing music and technology at her shows by using a computer to live-layer her cello and also acts as a governor for the San Francisco chapter of the Recording Academy.

Zoe self-releases her own albums which regularly reach number one on the iTunes classical chart and has played with artists including Imogen Heap, Dan Hicks, Paolo Nutini and Tears for Fears.

Sound good to you? Share this page on social media and let your friends know about Zoe Keating at Central Presbyterian Church.