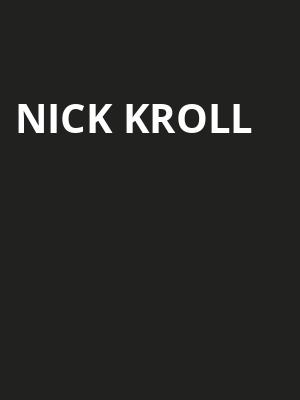 A man of many voices, comedian, actor, writer and producer gears up to bring his hilarious stand up to you this year on the 'Middle-Aged Boy' tour. As the co-creator of two time, Emmy nominated Netflix hit animation Big Mouth, fans will be excited to catch the man behind 30 characters on the show (including the iconic and totally filthy Maurice the Hormone Monster), live as he heads back to his stand up roots.

In addition to his work on Big Mouth and his eponymous Kroll Show, Kroll has been a busy bee, with credits in nearly every hit comedy show of the last decade, including Oh, Hello, his show with John Mulaney, The League, Community, Parks and Recreation and New Girl among many more. Known for biting wit and dry observations, this countrywide tour represents another step on the ladder to superstardom!

Sound good to you? Share this page on social media and let your friends know about Nick Kroll at Paramount Theatre.