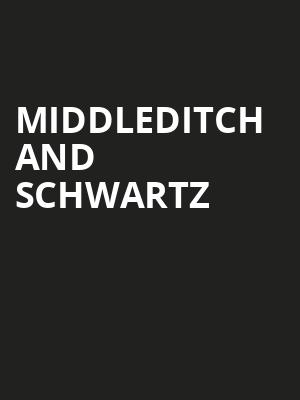 It's going to awesome

Why See Middleditch and Schwartz?

The Improv Stylings of these comedy darlings

The ever-delightful Thomas Middleditch and Ben Schwartz bring their two-man improv show to you with a series of select dates this summer. Known for their turns as neurotic tech boss Richard in Silicon Valley (Middleditch) and the terminally absurd Jean Ralphio in Parks and Recreation (Schwartz), you can be sure that this double act have got the hilarity sewn up.

No strangers to the art of improvisation, Middleditch learned his trade at celebrated improv incubator The Second City in Chicago, whilst Emmy winning writer Ben is a member of New York's Upright Citizens Brigade Theatre, where he still performs in his group 'Hot Sauce' regularly. He also has many voice credits to his name, notably that of BB-8 of Star Wars fame.

Katie Callahan: “Funny but only an hour?”

These 2 are funny, why was the show so short? I purchased my tickets 4... more

Nicole Hill: “Good but too short”

The guys were funny and enjoyable. But I thought it was gonna be half way... more

Sound good to you? Share this page on social media and let your friends know about Middleditch and Schwartz at Paramount Theatre.