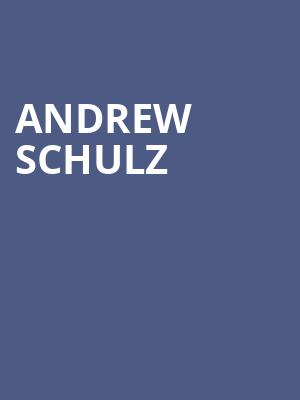 Star on the rise, Andrew Schulz is hitting the road this year as he brings his unique style of stand-up to you! Best known for his starring role in MTV's Guy Code, Schulz is an actor, comedian and podcast host. Since releasing his first comedy special in 2017, Schulz has garnered fans from across the globe!

Schulz's first special, 4:4:1, amassed over 1.4 million views on YouTube sparking the comedian to become an instant hit. Due to the success of 4:4:1 Schulz released his debut comedy album, 5:5:1, which hit number one on the iTunes comedy album charts and the Billboard comedy album charts. Schulz also hosts The Brilliant Idiots podcasts with Charlamagne as well as starring on Flagrant 2 and Game of Throne's inspired podcast WesterBros.

Don't miss this rising star in action as he heads out on tour!

Sound good to you? Share this page on social media and let your friends know about Andrew Schulz at Paramount Theatre.