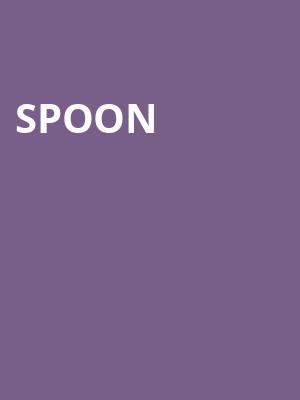 For the oft critically acclaimed Spoon, it's all about the song. For over two decades, they have quietly topped the critics' record and song of the year lists, whilst retaining their control over their independent sound. With smart, stylish grooves and artful lyricism, Spoon embody doing things for the right reasons, and have seen their music featured everywhere from The Simpsons to The OC and still kept their inherent coolness.

Formed in Austin, Texas in 1993, they have steadily risen through the ranks, gaining fans and commercial recognition as it comes, but success has never been the heart of their journey as a band, as exemplified in myriad interviews with the laid back band, they are just happy to make good music, capturing emotion without sentimentality, occasionally landing an absolute blockbuster!

Sound good to you? Share this page on social media and let your friends know about Spoon at ACL Live At Moody Theater.