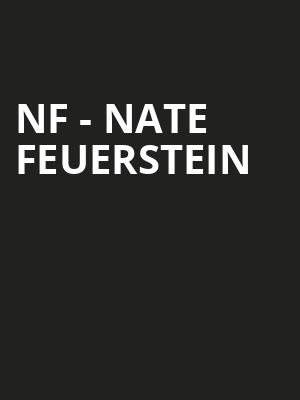 A year ago, Nathan Feuerstein, better known to his fans as NF, was a Michigan rapper with a heavy Eminem influence, on the fringes of the mainstream. Now he has a No. 1 album.

A new tour from the Let You Down singer! Rather than letting a broken childhood fuel an endless cycle, rapper Nate Feuerstein, known as NF to his fans, turned to a higher power and channeled his emotions into his music, leaving his mark on both the Christian and mainstream hip hop scenes in the process. Following the Billboard Chart-topping release of Perception in 2017, the rapper takes to the road in 2021 on the CLOUDS tour, in support of the mixtape of the same name.

Feuerstein's unique sound exists at the intersection between religious music and well crafted, no-holds-barred hip hop. His dynamic flow is influenced by his own heartfelt emotions and personal spiritual experiences, proving Christian music isn't all just upbeat Hillsong anthems but that it can be real and raw too. With a sense of conviction, NF takes to the mic with a magnetic sense of ferocity that's rewriting the worship songs handbook with every confessional syllable.

Sound good to you? Share this page on social media and let your friends know about NF - Nate Feuerstein at Germania Insurance Amphitheater.