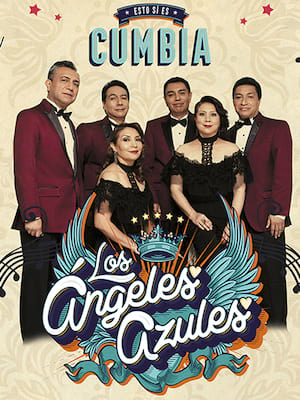 A true sense of Cumbria music

Los Angeles Azules brings the true sound of Cumbria music to cities across the US in their latest tour. Formed in Mexico in 1975 this family affair has been making music and touring together for the last 40 plus years. In 2001 they celebrated their 20th anniversary in true style with getting nominated at the Billboard Latin Music Awards.

Cumbria music is a blend of musical genres from the Caribbean coast of Columbia and Panama, Los Angeles Azules mix up this traditional style with their own blend of Cumbria with some high funk disco! Get ready to party and groove the night away when Los Angeles Azules come to your town.

Sound good to you? Share this page on social media and let your friends know about Los Angeles Azules at Cedar Park Center.