Sarah McLachlan is also touring to: 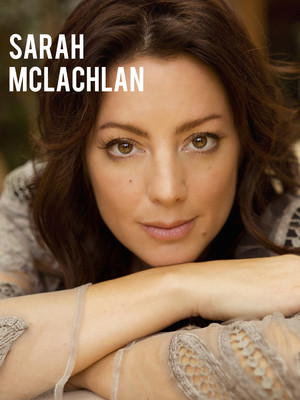 McLachlan's voice is as supple and gorgeous an instrument today as it has ever been, and her sense of phrasing makes her an immediately identifiable vocalist.

A leading light of Canada's alternative rock scene, Sarah McLachlan was one of the most successful singer-songwriters of the 90s. While her 1989 debut Touch established her in her native land, it wasn't until 1993's Fumbling Towards Ecstasy that the rest of the world sat up and took notice. Its follow-up Surfacing proved to be an even bigger hit, eventually selling 16 million copies worldwide. It displayed a slower, more introspective side to McLachlan, with piano-led numbers like Angel marking her out as a lyricist of rare emotional candor and clarity.

Alongside her musical output, McLachlan also founded the Lillith Fair music festival which sought to redress the gender bias of rock tours by only featuring female acts. It was a huge success, out-selling the likes Coachella in the same year.

Some venues are age-restricted, please check with the venue before booking.

Having been to a few of Sarah’s shows over the years, I truly believe... more

I worked Sara ‘s concert at the Riverside Theatre I don’t remember,... more

Sound good to you? Share this page on social media and let your friends know about Sarah McLachlan at Bass Concert Hall.