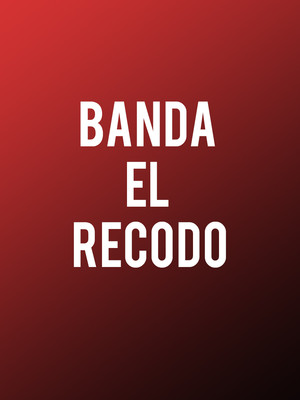 Banda Sinaloense el Recodo de Don Cruz Lizarraga (simply known as Banda el Recodo) is a Mexican sensation. The band was founded in 1938 under the direction of the Lizarraga family and the brass ensemble celebrates an exalted place in Latin music.

The ensemble consists of four clarinets, three trumpets, a tambora: a bass drum with a cymbal on top, a tarola: a snare drum, a tuba (Sousaphone style), three trombones, two alto horns (referred to as saxores or amonias in Mexico) and two singers.

The band has had huge surges in popularity over the decades and the variety of styles assures you of spot on arrangements and great tunes. Over the years they've applied their brass attack to genres from corrido to pop, quebradita to cumbria and they make traditional tracks sound like today. As they head out on a North American tour to perform to their beloved fan base, you'll be reminded why they're known as the "Mother of all bands".

Sound good to you? Share this page on social media and let your friends know about Banda El Recodo at Bass Concert Hall.